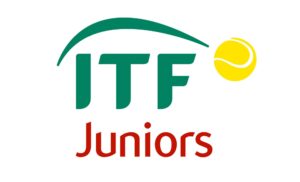 Colette Lewis of ZooTennis has graciously permitted me to repost her article on the ITF Junior Rule Changes, published yesterday here. If your child is considering playing ITF events this year, please make sure you and your child’s coach are up on the current rules!

Every year around this time I read through the ITF Junior Rules and Regulations, and highlight some of the most interesting changes in a post.  For 2018, the ITF introduced a completely new point system and has eliminated lets for serves, which meant the ITF felt the need to communicate these changes in its own announcement late last year.

I wrote about the point restructuring last month in my Eight Intriguing Questions post for the Tennis Recruiting Network, and I’m no closer to understanding why the ITF has decided to provide more weight to the Junior Slams, the Youth Olympics and the ITF Masters than I was when I first heard about the change.  With the recent ITF announcement regarding its new Transition Tour, and its goal of providing a better pathway from the Junior Circuit to the Professional Circuit, I suppose the changes could be related to that, but the connection isn’t obvious to me.  The ITF has settled on the Junior Top 100 as a meaningful ranking for transition purposes, and that number doesn’t really have any direct correlation to performances and points earned in Grade As and Grade 1s.  More points for progressing to the later rounds of all levels of tournaments isn’t necessarily a bad idea, but I still don’t understand what problem this is solving.  One of the primary benefits of the ITF system was that it rarely changed, which frees coaches, players and families to concentrate on development, rather than constantly needing to reeducate themselves on a new system.

The change in the points system will take effect after this year’s Easter Bowl, with the ITF Grade 1 International Spring Championships the following week the first US tournament using the new point structure. Points earned up until then will be converted on April 2.  The ITF said they would produce shadow rankings for this first quarter of 2018, but I don’t see any evidence of those; perhaps they are only revealed to those with an IPIN.

The no-lets of serves rule is unpopular with many; I personally don’t find it worth arguing over, perhaps because I saw it for many years in men’s college tennis.

The ITF also has formally endorsed coaching for the junior slams, the Youth Olympics, which is this fall, and the ITF Masters.  Last year at the US Open, juniors were able to consult with their designated coaches during changeovers. The ITF rules and regulations do not go into any detail on the restrictions on the coaching, other than to say: Other than at Grand Slams, the ITF Junior Masters and the Youth Olympic Games where alternative rules as approved by the ITF may be adopted, players shall not receive coaching during a match (including the warm-up).

It’s possible that some junior slams may not approve the coaching, but coaching was allowed at the Australian Open Junior championships, as was, I believe, the serve clock, which gets no mention whatsoever in the ITF rules and regulations.

Again, I have no issues personally with coaching, although I know that allowing it is controversial, and for some, its prohibition is part of the essence of tennis. I do think that junior tennis might be the right place for coaching, but of course, to only allow it at the highest levels of junior tennis suggests that its educational value is not foremost in the minds of the ITF.

The Rules and Regulations are not fun to read, but they do serve a useful purpose, particularly for those who are just beginning to play ITF Junior Circuit tournaments.  The ITF publishes requirements for tournaments, and those are an important source of information should questions arise on what a tournament is responsible for.  Is a trainer/physio required? A doctor?  When is a chair umpire required? What is the maximum stringing fee recommended? What practice courts are required?  What should be served for lunch at a tournament providing hospitality? The answers to all these questions can be found in the ITF Junior Circuit Organisational Requirements document posted on the website.