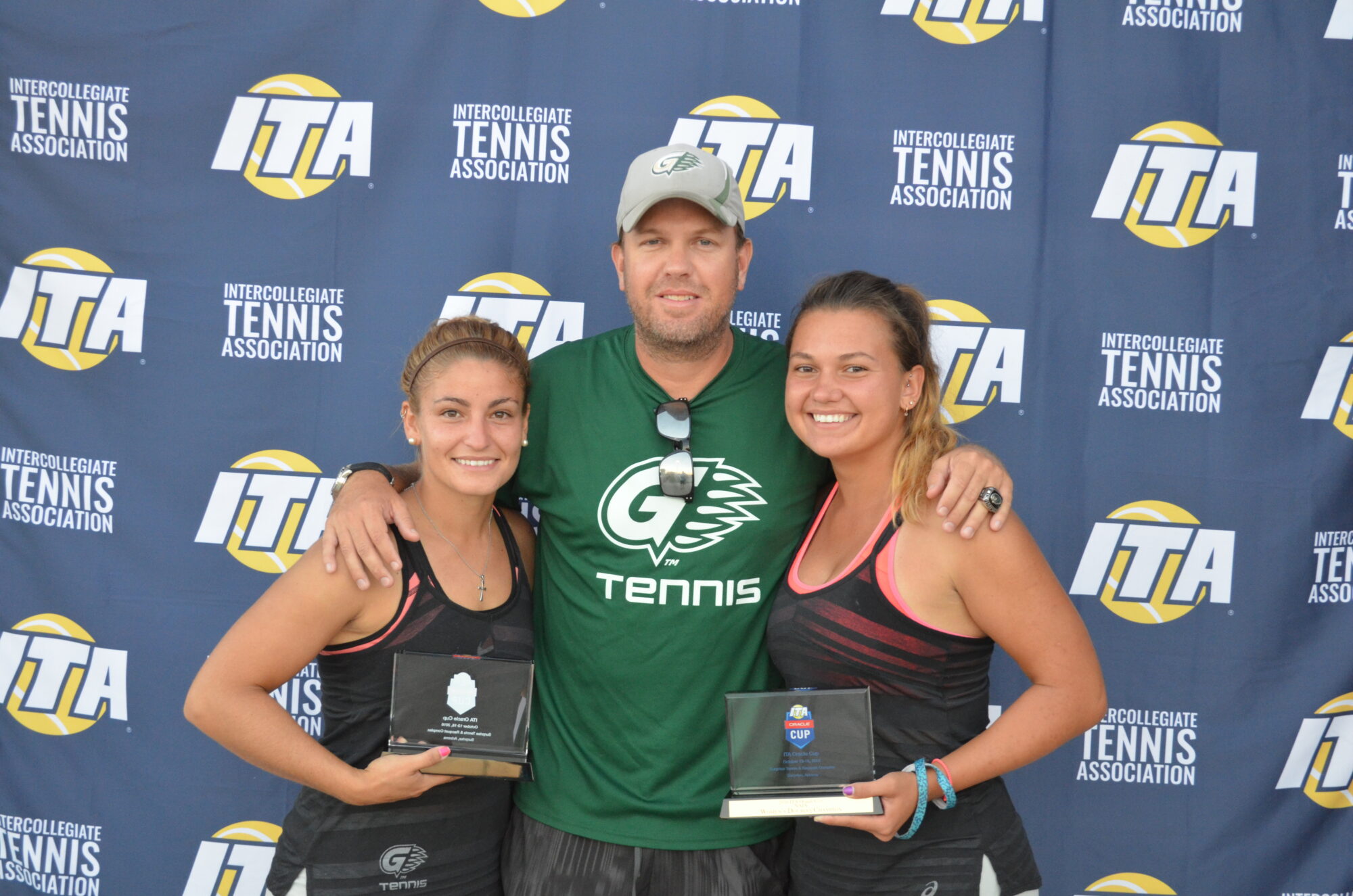 Here is my third piece for the ITA website. It was very interesting to learn more about the NAIA and how it compares to the other college sports divisions.

In 2012, Chase Hodges was offered a unique opportunity: move to a small 4-year NAIA school in Gwinnett County, Georgia, and start both a men’s and a women’s tennis program from scratch. At that point in his career, Hodges was working as the head men’s coach at Georgia State University (Division I) where he had just been named Co-Coach of the Year for the Colonial Athletic Association. Prior to his stint at Georgia State, he had coached at Drake University, where he was named Missouri Valley Coach of the Year three times.

Question: What is your overall coaching philosophy?

Answer: It’s pretty much been the same since day one, since I started coaching: recruiting the best possible student-athletes from around the world who fit the high academic profile of the college where I’m coaching. With each recruiting class, you want to find the best possible fit athletically and academically so players can jump right in and be a contributor. I think a lot of schools and coaches are looking for players who can be good two or three years down the road. I’m looking for contributors as freshman, players who can come in and be ready to go.

Q: Why did you decide to make the coaching move from Division I Georgia State to NAIA school Georgia Gwinnett College?

A: That was the toughest thing about taking the Georgia Gwinnett job: going from Division I to NAIA. Initially, what really swayed me was being able to start something from the ground up and put my own stamp on it. It’s very rare that you get to start a program at a school that has never had athletics. The opportunity to build something has given, and continues to give, me such a sense of accomplishment. We started from nothing – no players, no tennis balls, no clothes. I wasn’t sure I’d ever have that type of opportunity again so I took full advantage of it.

Q: What are some of the challenges of recruiting at an NAIA school?

A: The biggest challenge is that most of the kids I’m communicating with don’t really have much knowledge about NAIA. I’m constantly having to explain NAIA to recruits, teaching them as much as I can about the division. At our program, we can compete with anybody, and I just have to provide a little more background to recruits than I ever had to do at the DI level.

Q: What’s the main difference between Division I and NAIA that you have to explain to potential recruits?

A: From a competitive standpoint, at the top of the NAIA the teams are really just as good as any. Realistically, the depth is nowhere near where it is at DI. That’s the biggest difference, the depth at the DI level. The top teams in NAIA can compete with anybody. Being in Atlanta, we’re able to schedule a lot of high level teams on our calendar. Only about 20% of our schedule is actually against other NAIA teams. We schedule everybody, regardless of division.

Q: How do you balance coaching both the men’s and women’s teams?

A: It’s difficult. Before I came here, I was primarily a men’s coach though I did have the opportunity to coach both men and women at earlier jobs in my career. There are only so many hours in the day, and when you have two teams you have to manage your time extremely well. You have to provide a quality team practice where everyone can get what they need. You also have to have a quality assistant. My assistant, Courtney Rutherford, and I balance each other well.

Q: Speaking of Courtney Rutherford, how important to you is he? What unique attributes does he bring to your coaching team?

A: We complement each other. I pretty much handle the majority of the recruiting. Courtney loves being on court – he’d love to be on court 50-60 hours a week! – so he handles that aspect. That really helps our athletes continue to develop and get better. He has a passion for the game and is enthusiastic and energetic about making the players better. His strength is developing players. My strength is recruiting. When you combine both our strengths, we make a pretty good team.

Q: How do you manage the challenge of fundraising and promoting your program?

A: This past Fall, we did our first-ever tennis fundraiser: a pro-am event where area players had the chance to play doubles with our team members. Our national championships – we’ve won five (two women, three men) – have helped make the community aware of us and make our fundraisers successful. We’re in a unique situation because a lot of people don’t really know much about GGC, but we have 13,000 students and are the only 4-year college in our county and are continuing to grow. As the school becomes more recognizable in the county and state and even around the country, the fundraising will be easier, too. Our city mayor comes to all our home matches – she’s a great supporter! Our facility is fantastic – we host a lot of USTA tournaments which helps raise awareness of our school and our program as people come in and out of the facility. Our on-court results help, too. Our athletic director, Dr. Darin Wilson, has been a huge supporter. Our president, Stas Preczewski, is phenomenal as well and has been incredibly supportive of our athletic department and our tennis program. We only have six sports at our school. We’ve gotten great support from all areas of our campus. The Grizzlies, our name, is something that everyone gets excited about, too. Our program is continuing to grow and to get bigger and better.

Q: What advice would you give to a young coach just starting out at the college level?

A: Make sure you have a good relationship with your athletic director and/or the assistant athletic director, whoever is in charge of tennis. That’s key and will shape your success. You have to cultivate those relationships because they determine how successful you’ll be. They will be crucial to your growth, not only as a coach but also as a person.

Q: Who do you turn to for career guidance?

A: My 73-year-old dad is my mentor. He just retired as a collegiate basketball coach, head coach at a Division II school in North Carolina where I grew up, but also had a career as a high school athletic director and high school coach. I’ve been in the tennis profession since 1998, and my dad and I have communicated daily since the beginning. Like all coaches, we both have a competitive nature. My dad helps me balance to make sure my student athletes have the best possible experience. I’m very thankful that I’ve been able to trust him. It’s been great for me.

Q: How important is having a mentor in your life?

A: You can’t be successful on your own. A lot of people nowadays don’t realize that in order to be successful you have to have a team of people around you that you can talk to, communicate with. Mentors in general – they don’t even have to be tennis-specific – are very valuable because they allow you to maximize your potential. They are necessary, for sure. There’s no way I could have had the success I’ve had without the good people I’ve had around me to help me along the way.