Musings from Day 2 of the G12s Hardcourts 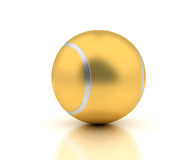 Coach Craig Cignarelli recently relocated from SoCal to Atlanta – if you’re in the Atlanta area, you need to RUN to Windward Lake Club ASAP and schedule time for your junior to work with this amazing coach! – and has offered to cover the Girls 12s National Hardcourts for ParentingAces. I always look forward to reading Craig’s pieces, and I hope you enjoy his witty insights, too, over the next several days!

The USTA girls 12-and-Under nationals takes place at Windward Lake Club in Atlanta, Georgia. As national champion, the winner will receive a gold ball. At present, there are 128 pre-teen females grunting and screaming as they hit mach speeds with the loosest arms since Geppetto built his little puppet.

During yesterday’s warm-up, before the pre-tournament practice, one father went ballistic, screaming out to his daughter’s opponent “Stop cheating! You can’t cheat my daughter,” to which his own child replied, “Dad, will you shut up!” Several competitors shook their heads knowingly. In preparation for day one of the event, several children spent more than six hours hitting in the 90+% humidity. Many of them complained of fatigue as stink-eyed parents glared their disapproval. There are very dark circles under eyes here.

While opening day was about camaraderie – girls took photos, smiled, laughed, and connected with old (relatively) friends – Day One of competition was different. 8am competitors arrive with crusted eyes and sheet-seamed cheeks and work into a sweaty lather before sun rises. As dawn ends, slugged-tennis-ball echoes resound across the morning sky. At 7:45 the players rush through Windward’s trees and green grass to the tournament desk for check-in. With a twenty-acre facility, including waterslides, four pools and a marina, Windward provides a scenic and expansive the venue for parents and kids.

Last year’s winner, Nikki Yanez is the number one seed and she begins play at 8am. Her first set ends at 8:14am. On her opponent’s face, the thrashing is noticeable. When they compete, twelve year old girls take on the countenance of Scottish warriors.

Each court has scoreboards atop the net posts and atop each of the scoreboards are numbers to display the set score. The biggest frustration for most kids is finding a way to reach the numbers to change the score. There’ve been some pretty creative efforts, but for most it’s like King Kong on the Empire State building. Nikki makes sure to change the score with a violent shove after every game, which is sort of like Warren Buffet fist-pumping after each line of a negotiation.

At least four college coaches are here and you get the sense they’re already plotting scholarships six years out. With raised eyebrows, hard exhales and excessive drooling over the shotmaking, things grow uncomfortable. Nikki finishes before the sun heats up and trods off the court holding the used tennis balls which all winners carry to the tournament desk.

Aside from the on-court battles, there appear to be several other wars being waged via the parentals. As they boast about who has the youngest kid here (one argument got down to the hour born in the hospital – seriously!) and which kids practice the least, you can feel the genetic trees shaking their competitive roots. Many of these same parents wrap arms around their kids’ shoulders and whisper endless advice into the kids’ ears as they walk out to the court. The children roll their eyes and drop jawlines with uncommon regularity. Adolescence, after all, frequently floats away beneath the winds of helicopter parents.