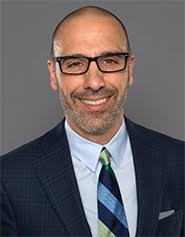 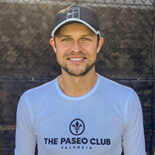 To listen to this week’s podcast, click the arrow below:

Welcome to Season 8 Episode 44 of the ParentingAces Podcast!

Carlos Silva joined World TeamTennis (WTT) as CEO in Jan of 2019 to lead the organization forward.  He led expansion team efforts in Las Vegas and Orlando.  He also led the efforts to partner with CBS Sports and ESPN to broadcast the WTT in 2019.

A veteran media and digital executive, Silva has built and sold companies in the TV and Media convergence space over the last 25 years.  He has also raised more than $250M for the startups that he has operated.

Prior to WTT, Silva served as CEO for the World Series of Fighting for three years, beginning in August of 2015. He led the sale of the MMA property to new investors, staying on as President of the newly named Professional Fighters League (PFL) until Jan. 2018, following the success of season one of the PFL MMA season format. PFL is one of the top three MMA properties.

Silva served as President of Back9Network beginning in an Jan. 2013, where he led day to day operations of the golf-lifestyle focused network as it grew its digital audience, launched on DirecTV, and acquired the leading GPS app Swing by Swing.

Silva was a Senior Advisor in 2011-2012 to various sports clients from leagues to media startups while serving as an Executive in Residence at Park Lane Investment Bank.

Prior to that, Silva led the programming and operations of Universal Sports Network until Dec. 2010.  He was the President & COO and was recruited by the original investors in April 2006.  He built and operated the digital and TV network and ran day to day operations.  He was also the co-Executive Producer of Universal Sports coverage of the Vancouver Olympic Games.

Prior to Universal Sports, Silva ran some of the largest Web destinations in the World: AOL Sports, AOL News and AOL Money.  Silva joined AOL when the company purchased NetChannel and was the senior onboarding executive.

Silva holds a B.S. from Boston College and M.S. degree from George Washington University.  Silva played Tennis at Boston College as well as the pro satellite tour after college.

You can find everything you need to know about World Team Tennis on its website: wtt.com.

As always, a big thank you to Morgan Stone, aka STØNE, for our intro and outro music this season. You can find more of his music at SoundCloud.com/stonemuzic. If you’re interested in House Music, please be sure to check out his social media channels on Facebook, Twitter, Instagram.

If you’re so inclined, please share this – and all our episodes! – with your tennis community. You can subscribe to the podcast on iTunes or via the ParentingAces website. If you haven’t already, be sure to become a Member of ParentingAces – we have 4 options for you – by clicking here.

We have also started a Patreon page for those of you not ready to take the plunge as a Premium Member. You can make a donation of any size to support our podcast by clicking here. In exchange, you will have access to extra audio and video recordings not available elsewhere as well as other benefits – go to our Patreon Page for more info. Thank you!