Why We Must Develop the Athlete First (ft. Steve Adamson) 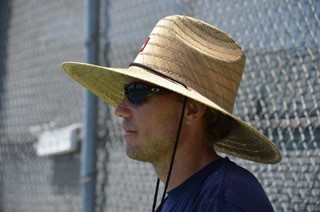 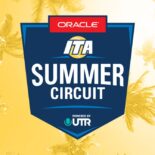 Welcome to Season 10, Episode 19, of the ParentingAces Podcast, part of the Tennis Channel Podcast Network.

To listen to this week’s episode:

To watch the video version:

Coach Steve Adamson grew up playing ice hockey in Canada and didn’t even consider switching to tennis until the age of 12. Though that is considered a late start by many, Steve parlayed his athletic skills gained from playing a multitude of sports into a tennis scholarship at San Diego State University from 1995-1998 under Coach John Nelson. He went on to a successful professional doubles career before moving into the coaching arena.

Steve became the Manager and Director of Tennis at the Pacific Beach Tennis Club in 2003 before starting his own Steve Adamson Tennis Academy in 2011. Some of his most successful juniors include Timmy Sah (Stanford), Siem Woldeab (Texas), Zoe Scandalis (USC), Ryan Seggerman (Princeton), Greg Garcia (Brown), and Ivan Thamma (UC Davis).

Last year, Steve moved his academy to the Barnes Tennis Center and became the Director of Tennis there. As a testament to his outstanding coaching, Steve was named the 2020 USPTA- San Diego Pro of the Year.

If you’d like more information or to get in touch with Steve, you can email him at info@steveadamsontennisacademy.com. He will be offering summer tennis camps and training opportunities, so be sure to ask about those!

As always, a big thank you to Morgan Stone, aka STØNE, for our intro and outro music this season. You can find more of his music at SoundCloud.com/stonemuzic. If you’re interested in House Music, please be sure to check out his social media channels on Facebook, Twitter, and Instagram.

If you’re so inclined, please share this – and all our episodes! – with your tennis community. You can subscribe to the podcast on iTunes or via your favorite podcast app. If you haven’t already, be sure to become a Member of ParentingAces by clicking here.

One thought on "Why We Must Develop the Athlete First (ft. Steve Adamson)"