Disappointment Down Under, Day 10 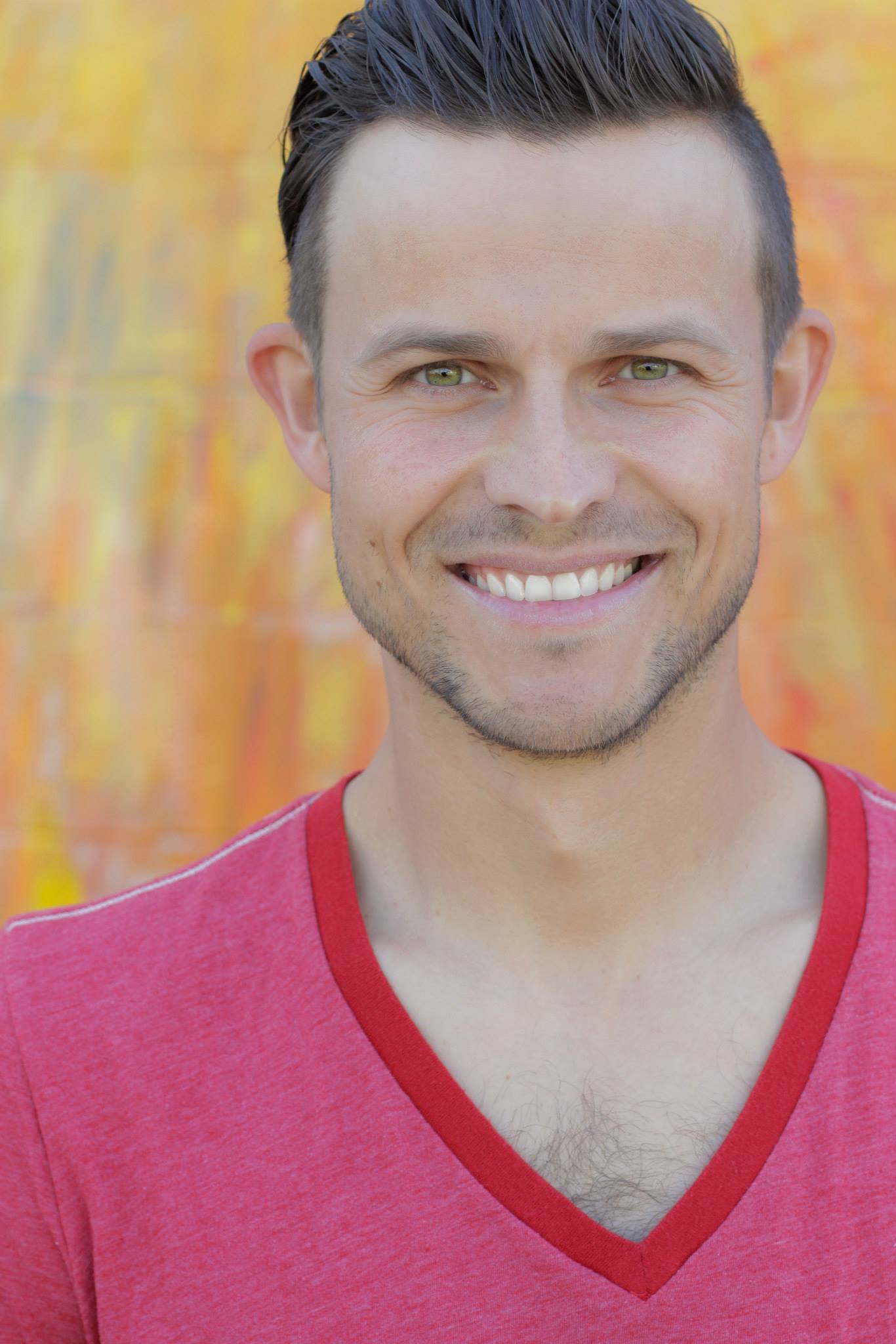 Click the arrow below to listen to this week’s podcast:

Siberia isn’t really the first place I think of when I think “Tennis Hotbed.” However, there have been some incredible players coming out of that ice-packed region of the world, including this week’s guest, Aleksey Zharinov.

Aleksey considers himself a product of the Russian System of tennis development, due in large part to the commitment of his father to ensure he had a solid base in “technika” before allowing him to enter any tournaments. After making his mark at the University of Minnesota and taking a stab at the pro tour, Aleksey got into coaching and has recently published a book on the Russian System.

Aleksey has graciously offered his book at a deep discount to the ParentingAces community. Simply go to https://aztenniscoaching.com/ and enter promo code PARENTINGACES at checkout to receive your $18.00 discount.

I hope you enjoy hearing Aleksey’s story and how he approaches developing juniors to their highest potential. You can email him at Azharinov@yahoo.com or reach him by phone at (612) 730-2539.

Here is an article Aleksey wrote for ParentingAces elaborating on the Russian System . . .

The development of a junior tennis player from a beginner to a world-class player can easily cost over $100,000. If you are going to make this sizable of an investment it’s important that you are on the right track for success. There is a LOT you should know and there is a LOT you can do as a parent to help your child succeed.

Growing up in Siberia and being coached by my dad, I know how difficult it is to raise a world-class tennis player. That’s why I felt compelled to write the book “The Russian System”, where I break down and explain the power of the highly successful strategies used in Russia for years. Following the information in this book will undoubtedly save you a lot of time and money, as well as help you avoid the many pitfalls that await the thousands of unprepared and uninformed tennis parents across the county. “The Russian System” is a way of training that prioritizes tehnika (technique in Russian) and achieves it by beginning with imitatsiya (shadowstroking in Russian) and progresses all the way through playing matches and tournaments. The system also puts the highest priority on other aspects of world-class player preparation such as fitness, mental acuity, recovery, and effective scheduling. It is comprehensive in nature, which makes it unique and invaluable for any tennis parent who is serious about their child’s tennis development. I have lived through “The Russian System” myself as a player and I have successfully been using it as a coach for years. Raising a world-class tennis player requires a world-class tennis parent and it is my goal to help you to get there. In this article, I will share with you a few key ideas from the book and give you a glimpse into one of the most effective world-class tennis player development systems in the world.

The Russian System has very solid neuroscience behind it, which explains how such a small Moscow tennis school could raise more top 20 ranked women players than the entire US has done through 2006. Or how five families, living in freezing Siberia, could all raise their kids to be world-class athletes. We’ve all heard about muscle memory, but that’s not quite accurate. More precisely, it’s nerve memory. When a skill or movement is being learned, thousands of specific nerves are being engaged, each carrying a very small electrical impulse. With each repetition, those chains of nerve fibers begin to develop a special substance called myelin around them. Myelin serves as an insulator, making neuro pathways faster, stronger, and less prone to signal breakdown. Think of it as hardwiring of the body’s nerves. Once they are in place, the body is essentially programmed to do a skill almost permanently. Imitatsiya develops myelin over the proper nerve chains, which hardwires the body to perform those shots or movements under any situation and under any type of pressure.

Let me start with an illustration of where “The Russian System” concept was most successfully executed and where the idea for this method originated.. There is a place in Moscow where I played all the major Russian national junior tournaments, called Spartak. Perhaps more widely known for its soccer and hockey teams, but in the tennis world, it’s widely known for raising countless world-class tennis players such as Anna Kournikova, Elena Dementieva, Anastasia Myskina, Marat and Dinara Safina, and countless others. Their facility consists of only one indoor court. Considering the long winters and frigid temperatures dropping well below zero degrees, this single court was always in use. The club is very far from the center of the city, and yet they still produced more top 20 women’s tennis players than the entire United States (statistics as of 2006)!

What’s their secret? Why are they so successful? What system and methods do they follow in order to achieve these great results? Lets discuss a few of the main aspects I address in the book and briefly outline their purpose, advantages and their overall significance in preparation of world-class tennis players in the context of “The Russian System.”

Tehnika (Russian word for technique) is the main pillar of the Russian system. Tehnika is a mandatory requirement for high-level tennis player because it ensures the most efficient use of the body and provides the maximum outcome with the least amount of employed resources. It is the main tool for achieving consistency, thus it has to be at the top of your priority list. The most effective way to achieve great tehnika is through progression. Progression, in the context of “The Russian System”, is designed to learn, solidify, and advance the tehnika of the player going from the most basic (shadow swinging) to the most advanced (playing a match), while still maintaining its highest quality. In other words, it has to progress from simple to complex. Without great tehnika it is impossible to get to the world-class level, therefore it serves as the cornerstone for “The Russian System”. All other aspects either help to achieve great tehnika or work in conjunction with to truly turn a player into a world-class athlete. Since we now have our foundation, let’s examine a few additional components that make it all fall into place.

Being a good coach consists of several factors:

I guarantee there are very few people who possess all of these skills, but that’s ideally what you should be looking for as a parent. The more of these boxes your coach can check, the higher his/her value increases, and consequently, the more benefit he/she will bring to your young Roger or Serena.

This aspect of tennis is perhaps as important as tehnika, but oftentimes it’s not approached correctly and/or not put in the high priority that it deserves. There are three major components to fitness: strength, flexibility, and speed /agility. All three are important and essential for high-level tennis. Therefore, tennis fitness training in the framework of “The Russian System”, is based on developing players to be explosive, quick, and agile, without sacrificing strength. All fitness training has to have one main goal – it has to be tennis-specific. Coaches need to base all off-court training focusing on the requirements of the game, as it’s played on a world-class level and what it puts on an athlete.

When talking about mental preparation, I believe it’s important to make a distinction between practice and match mindset. Both are complementary, but each will have their differences.

In practice, the best mindset is to envision yourself playing an actual tournament match. Not just a match against an easy opponent, but imagine playing a very strong player. How well would you have to play to beat a great player? The answer is VERY WELL! This will keep you focused on squeezing every last bit of yourself. A player has to learn to put one hundred percent into every single shot once they step on court to practice.

As for match mindset, there are quite a few mental tricks a player should have in their toolbox. Most of them should be designed to deflect the unnecessary pressure away from yourself and only control what you can control. There is already a lot of pressure that exists in a match setting and the last thing you need is to add more to it. In my book I describe them one by one and explain how they make a huge difference in matches.

Tournaments and competition are essential for the development of a high-level player. However, there has to be a balance between training/technical development and competition, especially early in the player’s career. The amount of tournaments a player should play should correlate with their technical ability and many times their age. In the early stages of player’s development, the main emphasis should be put on establishing and solidifying the proper tehnika and establishing fitness foundation. The more advanced in those areas the player becomes, the more competitive environments he/she can and should participate in. Again, tehnika is the foundation and the primary focus of “The Russian System” and tournaments should work together with it, and not in conflict with it.

These are just some of the areas that I cover in my book “The Russian System”. There are also chapters on ideal training schedule, nutrition, recovery, equipment, as well as a closer look at Spartak and their training philosophy and methods. My goal for this book is to equip you, the parent, with all the essential information you will need to make better decisions about the future of your young player. Making those decisions will undoubtedly save you a lot of time and money, as well as make the road to success much more efficient, effective and enjoyable.

Perhaps even more importantly, I hope that you have a much better understanding of the proper training priorities and mindset. The bottom line: World-class results will require world-class preparation. “Good enough” or an average approach will just not cut it during today’s competitive landscape. All training will have to be deliberate, focused, detail-oriented, consistent and quality-based. I can promise you that getting your kid to world-class level will not be easy and will require a lot of sacrifices on your part. It will take your direct involvement not only in terms of your time and finances, but also in terms of nurture, support, and overall management. To get ahead of the competition, you will have to continuously educate yourself and learn to be the best talent manager that you can be. Good talent managers are experts at providing their talent with the best possible chances and opportunities for success. This book is the perfect launching pad for you to understand your role as your child’s talent manager, and to start executing effectively. Remember, raising a world-class tennis player requires a world-class tennis parent!

Best of luck in your journey!

A big thank you to Morgan Stone and STØNE for our music! And congratulations to him on having his first original song, TIBET, made available on iTunes and Spotify. You can find more of Morgan’s music at SoundCloud.com/stonemuzic