I Fired My Dad with Taylor, Phil, & Jenny Dent 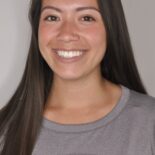 Navigating the Sidelines with Kayla Epperson

To listen to this week’s podcast, click the arrow below:

Welcome to Season 9, Episode 8, of the ParentingAces Podcast! You are in for a treat this week as we chat with the Dent family: Phil, Taylor, and Jenny!

Taylor Dent, formerly ranked #21 on the ATP Tour, is a past guest on our podcast. He has coached several top players since retiring from professional tennis, and is now running a very successful program in Texas alongside his father and wife.

In this week’s episode, all 3 Dents share their coaching philosophy in terms of both on-court and off-court work, and their commitment to producing not only great tennis players but also great humans.

I first met Taylor at the US Open several years ago when he was working with Jared Donaldson. I couldn’t help but be impressed with his no-nonsense approach to sport and his humility when talking about his own accomplishments.

A few months ago, the director of The Birch Racquet and Lawn Club reached out to me asking if I’d like to interview Taylor, Phil, and Jenny. Of course, I said YES!

In case you aren’t familiar with this very impressive family, here are some facts taken from their academy website:

For more information the Dent Tennis Academy in Keller, Texas, click here. You can reach out to Jenny by email at Jenny@TheBirch.com.

As always, a big thank you to Morgan Stone, aka STØNE, for our NEW intro and outro music this season. You can find more of his music at SoundCloud.com/stonemuzic. If you’re interested in House Music, please be sure to check out his social media channels on Facebook, Twitter, Instagram.

If you’re so inclined, please share this – and all our episodes! – with your tennis community. You can subscribe to the podcast on iTunes or via the ParentingAces website. If you haven’t already, be sure to become a Member of ParentingAces – we have 4 options for you – by clicking here.

We have also started a Patreon page for those of you not ready to take the plunge as a Premium Member. You can make a donation of any size to support our podcast by clicking here. Thank you!