How to Get in Front of College Coaches with Matt Knoll 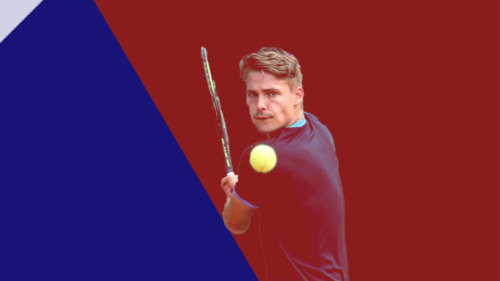 To listen to this week’s podcast, click on the white arrow below:

Welcome to Season 8, Episode 16 of the ParentingAces Podcast! I hope you’ve used the last couple of weeks to catch up on any episodes you may have missed!

Matt Knoll had an incredible career as the Head Coach of Men’s Tennis at Baylor University. A 2008 Baylor Athletics Hall of Fame inductee, Matt was the Bears’ head coach since their first season of Big 12 Conference competition in 1997.

Before retiring at the end of the 2018 season, Matt Knoll amassed a 510-150 record as Baylor’s Director of Men’s Tennis. His teams captured 13 Big 12 Conference regular season titles, including eight consecutive from 2002 through 2009, and they added eight Big 12 Tournament championships.

Coach Knoll brought Baylor University its first team national championship when he led the Bears to a 4-0 sweep of UCLA in the 2004 National Championship title match. He also guided BU to the 2005 National Team Indoor Championship and four additional runs to the NCAA semifinals, including a runner-up finish in 2005.

Since leaving Baylor, Matt decided to move into the other side of college tennis, helping Prospective Student Athletes (PSAs) find their best fit. He started American College Placement in order to help players and their families during the recruiting process. You will hear more about how Matt and his staff work with families and what sets his service apart from the other recruiting companies out there.

This June, Matt will be putting on a college tennis showcase at SMU in Dallas, Texas. The showcase is open to any tennis player currently in 8th, 9th, 10th, or 11th grade. It will take place June 22-23, 2019 with Saturday reserved for boys and Sunday reserved for girls. I will be there as well, talking to the players and parents as part of a panel discussion, and I hope to see you! For more information and to register, click here.

Thank you to my son, Morgan Stone, aka STØNE, for our new intro and outro music this season! You can find more of his music at SoundCloud.com/stonemuzic. If you’re interested in House Music, please be sure to check out his social media channels: Facebook, Twitter, Instagram.

If you’re so inclined, please share this – and all our episodes! – with your tennis community. You can subscribe to the podcast on iTunes or via the ParentingAces website. Thank you!